Customized for your Unique Smile

We understand it’s hard to live and laugh fully when smiling is no fun.

Customized for your Unique Smile

We understand it’s hard to live and laugh fully when smiling is no fun.

We’ll meet each other to
begin your journey together.

Imagine what you’ll look and feel like after we complete treatment. We’ll ensure that your vision becomes a reality.

You’re safe and in good hands throughout the entire treatment process from the moment you walk in the front door.

You’ll love the new you! You’ll finally have the healthy, beautiful smile you’ve dreamed of. 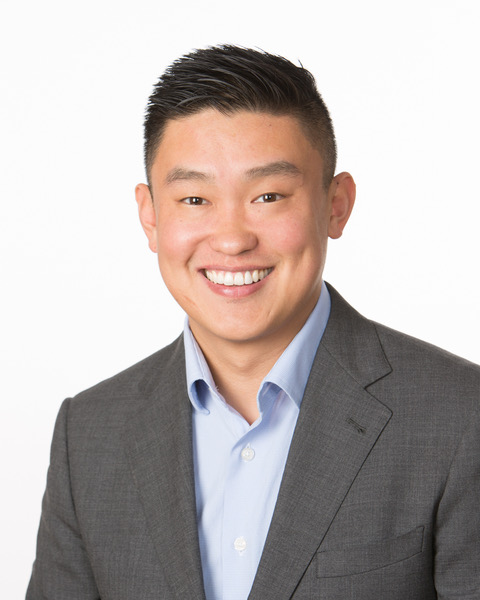 I come from a family of dentists, yet I didn’t have the best of teeth and went through a fair share of problems and procedures. Since then, I have tried to make getting dental care comfortable, simple, and as gentle as possible.

After graduating from high school in Santa Maria, I attended UCLA for undergrad and New York University for dental school. I also completed a surgery residency in Long Island. After I got tired of shoveling snow in New York, I decided to return to the Central Coast in 2011. I enjoy spending time with my wife Samantha and chasing after our daughter Genevieve and son Maxwell.

Teeth Straightening Without
Wires or Braces 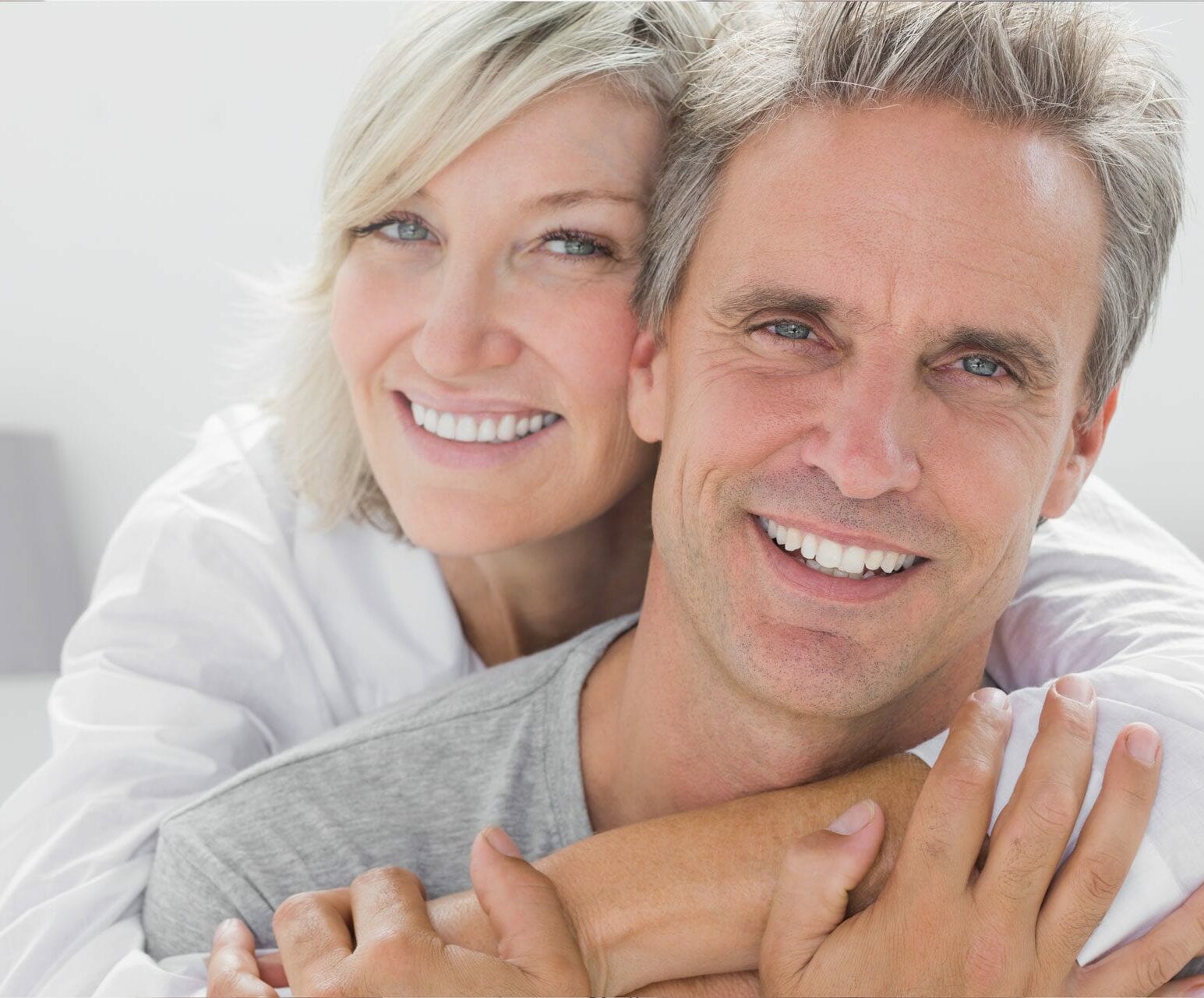 Treatment with traditional braces can take anywhere from 24 to 36 months to complete, but Invisalign only takes about 12 to 18. Invisalign often involves relatively few follow-up adjustment visits, lessening the time commitment you need to make room for in your otherwise busy life. A sequence of comfortable trays designed to push your teeth into the position you desire, without metal that can cut you.

No Limitations On Food

Chewing gum, popcorn, sugary sweets, and other snacks that require extensive chewing are encouraged to be avoided while wearing traditional braces. Invisalign aligners, on the other hand, are removable, so you can eat your favorite foods without worrying about disrupting the teeth straightening treatment.

You may have considered seeing an orthodontist if you have crooked teeth or gaps in your smile. However, many patients are hesitant to move forward with the procedure but would consider an alternative that is a bit more discreet.

Invisalign offers just that. It’s a solution that is virtually indistinguishable from your genuine smile, utilizing smooth, clear, plastic aligner trays suited explicitly for improving your smile. They don’t even require you to see an orthodontist regularly.

Invisalign is an orthodontic treatment plan that helps to address gapped, overlapping, or crooked teeth, as well as some other forms of tooth misalignment, but unlike their metal braces counterparts, these do not require metal wires and brackets to move your teeth into place. Instead, Invisalign uses a series of computer-generated plastic aligners, exchanged for the subsequent set about every two weeks, all preplanned to move your teeth along their gradual path to full realignment. The Invisalign units need to be worn for 20 to 22 hours per day and should be taken out during meals, snacks, and tooth brushing. Some wearers choose to remove Invisalign trays during social events as well. As long as they are worn for at least 20 hours a day, the procedure can effectively set your smile back to what you always hoped it would be.

Is Invisalign Right for You?

You may qualify for Invisalign if you are struggling with:

If you struggle with various bite issues (open bite, overbite, underbite, crossbite), overlapping or crooked teeth, as well as a gapped smile, you may benefit from the Invisalign treatment. As a disclaimer, it should be stated that while the Invisalign solution is very effective, it is not suited for everyone, as some severe bite issues benefit more from traditional braces. Your dental professional can help you figure out if the Invisalign treatment will work for you using clear, plastic aligners.

The Benefits of Treatment

Invisalign is becoming increasingly popular among teens and adults. It offers several noteworthy advantages to traditional braces, including:

The popularity of the Invisalign treatment has grown recently, with many teenagers and adults, preferring it to the traditional alternative.

●     Shorter Timeframe: The timeframes of the Invisalign treatments may vary depending on the severity of the dental condition being addressed as well as whether the wearer is consistent about 20-22 hour wear periods. However, the overall treatment length with Invisalign is approximately 12 months, while traditional braces typically take 18 to 24 months to accomplish the same ends.

●     Comfort Level: Unlike metal braces, Invisalign aligners slide on and fit easily on your teeth, and will not irritate the cheeks or gums.

●     Aesthetics: Composed from virtually invisible SmartTrak material, the aligners are very discreet, reducing the level of self-consciousness that many feel knowing they are wearing highly detectable metal braces. In fact, as your teeth move, your smile visible improves right before your eyes.

●     Improved Health: Since straight teeth are easier to take care of, the Invisalign treatment allows you to practice better oral hygiene and improve your dental health.

●     No Dietary Limitations: With traditional braces, there are certain dietary considerations, such as sticky and crunchy snacks, as these can damage the wires or be very hard to clean off the metal brackets. But Invisalign aligners are removable, meaning that you can eat as you please since they will be removed anytime food is consumed.

You can get even more from Invisalign if it is combined with or followed by a tooth whitening procedure, cosmetic bonding, or tooth-colored fillings.

The process begins with a consultation with our dental care physician, who will evaluate your dental situation and then, with the assistance of an iTero digital scanner, render 3-D images of your mouth and jaw, setting that as the starting point of your Invisalign treatment. Then the dental staff at SloPeak Dentistry can systematically map out your treatment plan and ensure a predictable result after the treatment.

The 3-D renderings will be sent to Invisalign labs, where they will develop a set of aligners throughout the stage of the treatment for you to wear, switching them up every couple of weeks. As a general rule, factoring in the typical length of the treatment, most patients will wear anywhere between 18 to 30 aligners during the process. Throughout the process, you will need to schedule regular follow-up visits to help our dental staff monitor your treatment progress.